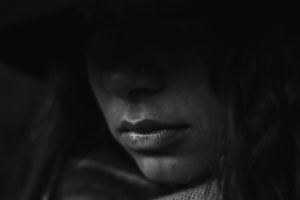 Depression is a mental health condition that affects millions of Americans, but did you know that its prevalence varies according to individual traits (“Facts and Statistics,” 2018)?

This is what one new study from the U.S. Centers for Disease Control and Prevention recently discovered (“Prevalence of Depression Among Adults Aged 20 and Over: United States, 2013–2016,” 2018). One in ten U.S. adults has depression, according to the report. However, the rate was almost twice as high for women as it was for men.

To gauge their results, the researchers looked at responses from the National Health and Nutrition Examination Survey, which contained data from between 2013 and 2016. Among women, 10.4 percent have depression, versus 5.5 percent of men.

But the researchers were able to draw one key conclusion from all of their data: depression was disruptive in the lives of those who exhibited symptoms, regardless of their age, ethnicity or income level.

“One of the findings that surprised us the most was that for both men and women, about 80 percent of adults with depression had at least some difficulty with functioning with daily life,” lead author Debra Brody told HealthDay (“Depression Common in U.S., Women Hit Hardest,” 2018). “This report should make people aware how serious depression is, and that it impacts everyday life.”

Between 2007-2008 and 2015-2016, the CDC found that the percentage of American adults with depression did not change significantly over time. Dr. David Roane, chairman of psychiatry at Lenox Hill Hospital in New York City, told HealthDay that although depression can be easily diagnosed by primary care doctors, many people are still not getting the “adequate treatment in terms of both medication and psychotherapy” that they need.

“The stigma related to depression has decreased somewhat, but it’s still a major issue for someone to be diagnosed with a mental health disorder,” Dr. Roane added.

Those who feel that they may suffer from the symptoms of depression, such as prolonged sadness, loneliness or anxiety, can contact their primary care provider to learn more about how to receive treatment in a safe, effective manner.

“Facts and Traits.” Anxiety and Depression Association of America. Retrieved February 19, 2018, from https://adaa.org/about-adaa/press-room/facts-statistics#.