If Machu Picchu was on your bucket list, you better get to it sooner rather than later. This comes on the heels of news from the World Wildlife Fund that shows 114 of the world’s 229 World Heritage Sites are slowly being destroyed. Mining, overfishing, oil exploration and illegal logging are all contributing the their disappearance. 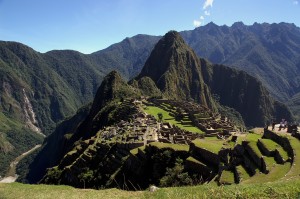 “This should alarm all of us,” wrote WWF International Director General Marco Lambertini in the report. “More than eleven million people living in and near World Heritage sites depend on them for food, water, medicine and jobsâthatâs more than the entire population of Portugal. The well-being of communities is being put at risk by harmful industrial activities that degrade the environment, and that compromise the ability of these places to provide economic and fundamental to local populations, as well as to our global community.”

The report goes on to state that these World Heritage Sites aren’t just ideal places to visit — they actually contribute to poverty reduction, alleviate food insecurity and combat climate change. Furthermore, they restore and promote the sustainable use of ecosystems around the world. To be more specific, 11 million people are directly tied to the preservation of these sites, according to the report. The sites also provide jobs to people in the local area.

World Heritage Sites include Machu Picchu, the Egyptian Pyramids, and the Grand Canyon. Humans not only rely on them, but animals as well. For example, China’s Giant Panda sanctuaries in Szechuan are considered to be World Heritage Sites.

“If we work together to secure the future for World Heritage Sites, we take a step toward ensuring that the commitments made to sustainable development and climate action are more than just words on paper,” continuedÂ Lambertini.

However, it isn’t just the WWF that is working to preserve World Heritage Sites around the globe. The United Nations Educational, Scientific and Cultural Organization issued a statement on April 6 in reference to the report, calling for global action to protect vulnerable sites.

And with these calls to action, one can only hope that united efforts will be made to change the way humans continue to treat the planet.