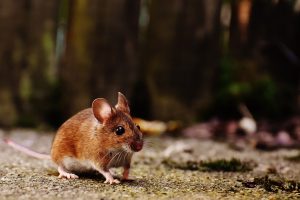 You might say “Eek!” when you think of a mouse potentially residing in your house, but what if you knew that these little creatures were actually domesticated by humans? They might not be your standard household pet, but mice have been groomed over time to live alongside us in our humble abodes.

At least this is what one group of researchers claim after studying the early convergence of mice and humans. (Bittel, 2017)

To conduct their research, the authors of the study looked at the rise of the house mouse in a region including parts of Israel, Lebanon and Syria. Specifically, they examined archaeological sites that were left by the Natufian culture – a group of hunter-gatherers – approximately 15,000 years ago.

Over time, it appeared that the community of hunter-gatherers became more sedentary. Scientists believed that it was due to the favorable climate in the area. They stuck around longer in one region than they had in the past.

“Decreases in hunter-gatherer mobility during the Late Pleistocene altered relationships with animal communities and led to domestication,” the authors wrote in their report.

After analyzing what they had found at the archaeological sites, the scientists concluded that the mice likely followed the humans for the wild grains they kept in storage. However, there was a noticeable difference in the species of mice that trailed the hunter-gatherers.

Settling appeared to not only be a matter of comfort for humans thousands of years ago, but the species surrounding them as well. If mice could happily live off of the food, warmth and shelter of nearby humans, they were more than willing to do so. This isn’t far from what the house mice of today that appreciate about their human counterparts. Wouldn’t you prefer to hitch a free ride in a survivalist environment?